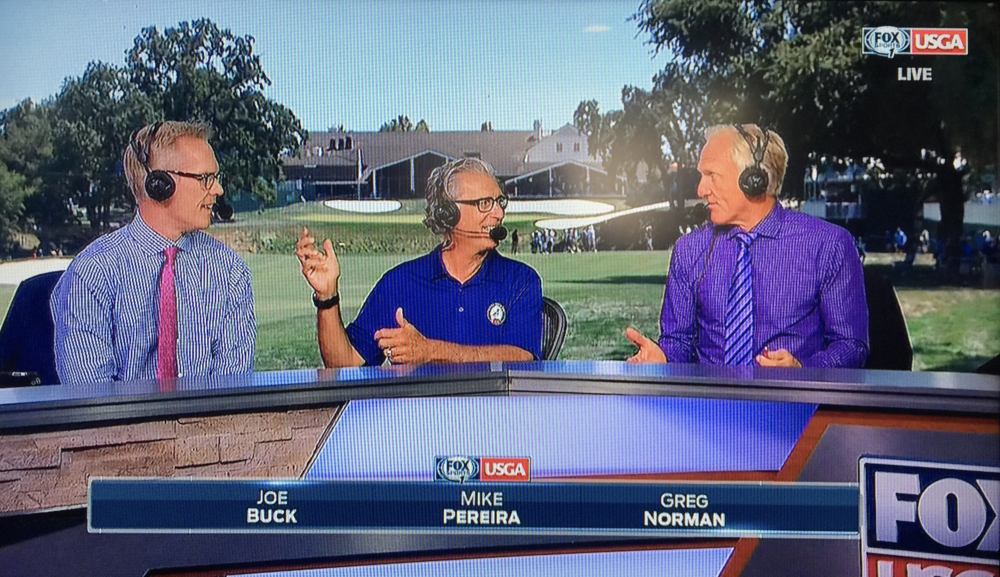 Sports Business Journal’s John Ourand helps fill out the shocking exit from golf by Fox Sports with several insights into the deal announced Monday, including this about when discussions started.

Two months ago, after the USGA decided to postpone the U.S. Open to September, Fox Sports execs Eric Shanks and Larry Jones reached out to Pete Bevacqua and Jon Miller at NBC Sports to see if their network -- which owns Golf Channel -- would be willing to carry some of this year’s event. Fox’s fall schedule is jam-packed, and it saw NBC as a potential lifeline to help it carry and sell one of golf’s four majors. Early in the discussions, it became clear that NBC wanted a bigger piece of the USGA package, and Fox wanted out.

Ourand also noted the ultimate problem dooming the Fox-USGA partnership had nothing to do with the production side of the presentation after the first year struggles:

Golf never fit Fox: Fox gets a bad rap for its golf production. The network’s performance at last year’s U.S. Open in Pebble Beach was praised widely. But golf never fit into Fox’s plans. The Fox execs that originally cut this deal -- Chase Carey and Randy Freer -- left the company soon afterwards, and nobody was left to champion the sport. Fox never was close to adding to its golf portfolio; it wasn’t a serious contender for either British Open or PGA Tour rights, which should have been the first sign that it wanted to get out of the USGA deal.

Fox’s Joe Buck took to Twitter to downplay the stellar work he did, particularly when his big league chops shined during a rules fiasco in 2016 and course setup issues in 2018.

Nantz, Hicks, Tirico all better at calling golf than me -but I would put our production up against anybody’s. Our innovation and drone shots and overall effort to try new things pushed golf coverage forward and for that I am most proud.Our producer Mark Loomis was a master tutor

﻿Brad Faxon responded to several Tweets, including this:

Thanks Andy, nice of you to say, love @the_fried_egg and your passion for golf course architecture as well. Been nice having @gil_hanse as well on the team. Not many know more than he does. https://t.co/QMWWn1g9lU