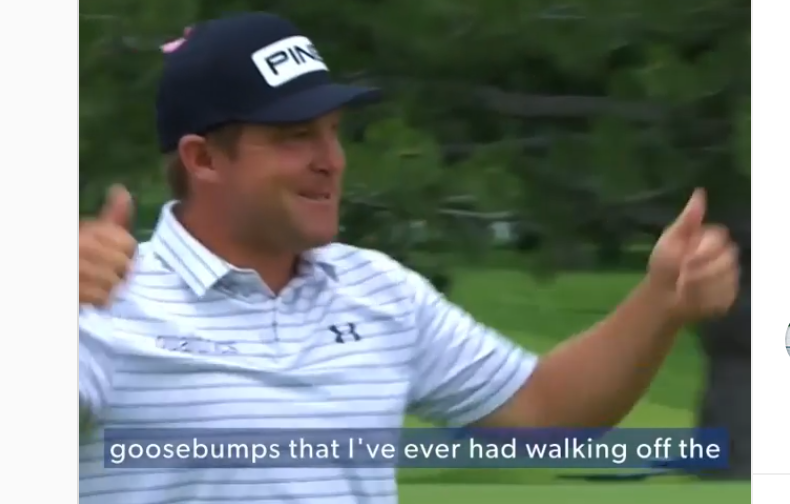 With limited on site at the Korn Ferry Tour’s Utah Championship, PGATour.com’s Stewart Moore did a nice job capturing Sunday evening’s incredible saga of Daniel Summerhays. The 36-year-old announced his retirement to start the week in his hometown event, then fired a final round 62 to be leader in the clubhouse for a few hours. He was eventually tied by two others and lost on the first hole of a three-way playoff, ultimately won by Kyle Jones.

Now he’s going to assess if it’s really time to walk away for the teaching and high school golf coaching job he’s taking.

For the 36-year-old Summerhays, in his post-loss press conference, there was a bit of reflection. Was it time to turn away from a life in golf? He won the Korn Ferry Tour’s Nationwide Children’s Hospital Championship as an amateur in 2007; lost in a playoff at the PGA TOUR’s Sanderson Farms Championship in 2013; in 2016, gained entry into the U.S. Open as the fourth alternate and wound up T8 for the week; that same year, finished solo-third at the PGA Championship with six birdies in his final 10 holes to earn his lone career trip to the Masters Tournament.

That torrid run in major championships was just four years ago.

“It would’ve been unbelievable to take the trophy home and to have one more,” Summerhays said. “We’ll have a little family meeting and we’ll evaluate how I want to see the rest of the summer go and what we’re doing.”

The Korn Ferry Tour’s post from Golf Channel’s coverage where Steve Burkowski and Craig Perks did a super job telling the Summerhays story.

An emotional runner-up for @daniel.summerhays at his hometown @utahchampionship. ❤️ He had planned for it to be his final start as a pro. ⛳️ But after receiving overwhelming support across the golf community, he’s onward to @tpc_colorado_championship.