You Already Know the Right Swing Skills. Use them!

It’s amazing when we hit perfect shots and wish that we could capture that swing in a bottle. It seems to be magic but it’s really the fact that you used the swing skills that you already know. You just need to bottle up the right moves in every swing.

My Recent Awakening
After I played 9 holes of golf with consistently poor drives my wife suggested one of my swing thoughts: “Are you swinging with a flat wrist?” I thought “What a stupid question!” Of course she may not really know what I mean when I tell her to swing with a flat leading wrist but she said it as a serious reminder. Sure enough that was my exact problem. I immediately pared the next 4 holes. It was that one simple thought that I forgot during my backswing. I had been cupping my wrist. 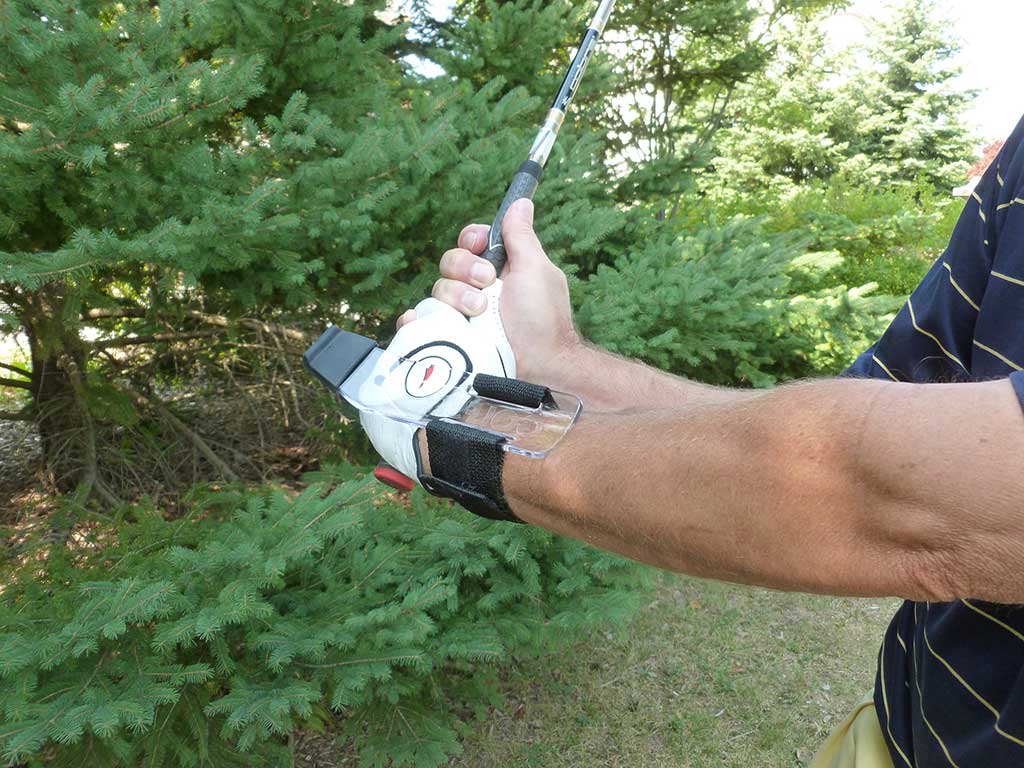 Recreational golfers should avoid cupping your wrist in your backswing. You need power like Dustin Johnson to manage a severe bow shape in his wrist. Flat wrist is the best solution. GOLFSTR (used in this image) helps you learn to swing with a flat wrist.

It’s the same thing that a teaching pros will do with professional golfers when they sees a swing mistake during a tournament. I’ve heard interviewers discover after a round of golf why a pro has had an amazing turnaround during a round of golf. There is one small detail in their swing that they tend to forget about as they get frustrated with their game. Their trainer spotted the problem and the fix is instant.

FLAT WRIST IN YOUR BACKSWING
That’s one of the 6 swing fixes that you can discover when practicing with GOLFSTR+. I invented this training aid to remind me to keep my leading elbow straight in my backswing. Teaching pros suggested 5 more uses for GOLFSTR and that’s why we call it “GOLFSTR PLUS”.

1/ STRAIGHT ARM BACKSWING: It’s applies pressure on the back of your arm to remind you to keep your leading arm straight and to limit your backswing to avoid bending your elbow.
2/ FLAT WRIST PUTTING: Forces you to learn to putt by rocking your shoulders and NOT bending your wrists.
3/ FLAT WRIST BACKSWING: Swinging with a flat wrist forces your tailing elbow to graze your ribcage during your downswing and to swing from inside-to-up-your-target-line. That was my recent BINGO THOUGHT and it really works..
4/ FLAT LEADING WRIST for CHIPPING: It prevents you from bending your leading wrist while chipping for better direction control to your target.
5/ MINIMIZE TRAILING WRIST LAG while chipping: It stops your wrist from bending more than 30 degrees as you sweep down into the ball.
6/ LAG TRAINER: Reminds you to bend your trailing elbow 90 degrees during your backswing to feel that you have loaded up a proper lag.

GOLFSTR+ helps you train with the 6 most important swing skills that you need to use in every round of golf. Make sure that you practice with it in all 6 applications as you may forget how important one of these swing fixes can be for your game. Buy one today at www.GOLFSTR.com

Golf Truism #24: The statute of limitations on forgotten strokes is two holes.

The post You Already Know the Right Swing Skills. Use them! appeared first on GOLFSTR.