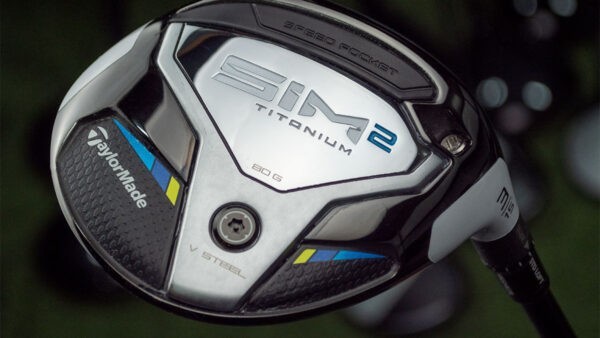 We’re hearing rumblings this morning the rumored sale of TaylorMade is now a reality. Today’s Korea Economic Daily Global Edition is reporting that TaylorMade has been sold to Centroid Investment Partners, a Korean Private Equity firm for $1.6 billion.

The newspaper reports it is the largest-ever acquisition in the golf industry. The deal is expected to be finalized in July.

$1.6 billion is a hefty price tag. KPS Financial LP, a New York-based private equity firm, purchased TaylorMade, Adams and Ashworth from adidas four years ago for $425 million. At the time, it was believed KPS would streamline and restructure TaylorMade with an eye towards selling it at a tidy profit.

Reports that TaylorMade was on the block first surfaced this past February. The New York Times reported the asking price would be in the $2 billion range.

When KPS purchased TaylorMade in May of 2017, golf’s former top-dog was in distress. That explained the relative bargain-basement pricetag KPS paid. TaylorMade has recreated itself during the KPS stewardship, completely shedding the “new driver every six months” image. The company has established the P-series of forged performance irons, as well as the M and later the SIM lines of game improvement irons and metal woods.

TaylorMade is inarguably on firmer financial ground compared to four years ago. The company has maintained one-year product cycles on its GI and metal woods lines, and two-year cycles on its premium iron lines, wedges and balls. And while its Tour staff has thinned a bit, TaylorMade still includes Dustin Johnson, Tiger Woods and Rory McIlroy in its stable.

According to the Korea Economic Daily, Centroid Investment Partners is one of  South Korea’s lesser-known private equity firms. It reportedly beat out four other unidentified bidders to acquire TaylorMade.

Centroid Investment is only six years old and is involved in fabric and textiles businesses in Asia. Last year it purchased the South Springs Country Club in South Korea for a reported $153 million.

The TaylorMade deal is the largest purchase and sale in golf since Fila Korea Ltd. bought Acushnet in 2011 for $1.3 billion.

At first blush, the $1.6 billion price tag for TaylorMade is a bit of a shocker. Acushnet sold for $1.3 billion a decade ago, but that company also has a thriving shoe and apparel business and is the world’s largest golf ball maker. TaylorMade is clubs, balls and accessories only.

But thanks to COVID, golf is hotter now than it’s ever been. Golf equipment sales have been setting sales records for three straight quarters. Golf Datatech is reporting U.S. retail sales were up 72 percent in Q1 of 2021, compared to last year. Compared to Q1 of 2019, sales this year are still up a remarkable 49%. Golf Datatech says this year’s sales are the highest Q1 on record.

In addition, the National Golf Foundation is reporting rounds in the U.S. were up 24 percent in Q1.

On top of that, industry leaders Acushnet and Callaway are reporting huge first-quarter sales results. Acushnet posted $581 million in worldwide sales, with a net profit of $85 million. Callaway also posted record sales in Q1 at $652 million with an on-paper net income of $272 million. However, a large chunk of that is an accounting write-up related to the Topgolf merger. The actual cash profit due to operations is a still-respectable $76 million.

The Korea Economic Daily reports the $1.6 billion sales price represents 12 times TaylorMade’s projected 2021 EBIDTA (Earnings Before Interest, Depreciation, Taxes and Amortization) of $139 million. By contract, Callaway predicts its 2021 EBIDTA will exceed the $211 million it reached in 2019.

TaylorMade Sold: What Does It All Mean?

Obviously, it means KPS did its job by righting the TaylorMade ship. And then it struck while the iron was hot. Centroid Investment is paying top-dollar, which indicates TaylorMade has been turning solid profits over the past four years. $1.6 billion also says Centroid is bullish on the worldwide golf market. It clearly believes TaylorMade is primed for growth not only in North America but also in the fast-growing Asian market.